America’s affordable-housing rental stock down by 60%


WASHINGTON – Oct. 24, 2017 – The number of apartments deemed affordable for very low-income families across the United States fell by more than 60 percent between 2010 and 2016, according to a new report by Freddie Mac.

The report by the government-backed mortgage financier is the first to compare rent increases in specific units over time. It examined loans that the corporation had financed twice between 2010 and 2016, allowing a comparison of the exact same rental units and how their affordability changed.

At first financing, 11 percent of nearly 100,000 rental units nationwide were deemed affordable for very low-income households. By the second financing, when the units were refinanced or sold, rents had increased so much that just 4 percent of the same units were categorized as affordable.

“We have a rapidly diminishing supply of affordable housing, with rent growth outstripping income growth in most major metro areas,” said David Brickman, executive vice president and head of Freddie Mac Multifamily. “This doesn’t just reflect a change in the housing stock.”

Rather, he said, affordable housing without a government subsidy is becoming extinct. More renters flooded the market after people lost their homes in the housing crisis. The apartment vacancy rate was 8 percent in 2009, compared to 4 percent in 2017. That trend, coupled with a stagnant supply of apartments, resulted in increased rents.

Freddie Mac buys mortgage loans from a network of primary market lenders, and issues mortgage-related securities. This helps lenders provide loans to developers and owners for the purchase, refinancing, rehabilitation and construction of multifamily properties.

The report found a significant drop in the percentage of affordable units in seven of the nine states where Freddie Mac financed the most rental units.

In California and Florida, the poorest households were already shut out of the rental market before the period covered by the report. And those on the next level up were quickly being squeezed out. In California, 56 percent of apartments were affordable for low-income families at first financing, compared to 10 percent upon second financing.

In Florida, the number of affordable apartments dropped from 60 percent to 39 percent.

The significant decrease in affordability typically occurred within just a few years, said Steve Guggenmos, vice president of research and modeling at Freddie Mac Multifamily. Most of the units remain affordable for people making the median income in the area, with the exception of California, where only a quarter of the units were affordable for them.

Most new construction of multifamily housing generally serves high-income renters, according to Freddie Mac. The corporation – along with Fannie Mae, another government-sponsored enterprise with a similar mission – significantly reduced its role in financing multifamily housing after the Great Recession.

Together, they had financed about 70 percent of all original loans for multifamily properties in 2008 and 2009 as private capital pulled back, said Karan Kaul, a research associate at the Housing Finance Policy Center at the Urban Institute. By the end of 2014, their market presence declined to 30 percent.

Kaul said that in the past three years, Freddie Mac introduced a “small balance loan” program targeting smaller multifamily buildings that have the most trouble securing private financing. The initiative could help stem the decline in the supply of affordable housing, he said.

“By increasing this financing, Freddie Mac for the first time has been able to crack this market in a meaningful way, given its inherent challenges,” Kaul said. 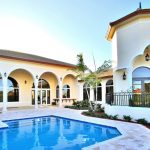 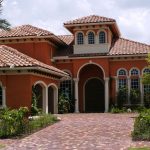 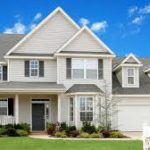 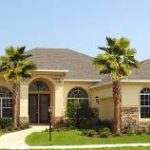 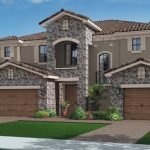